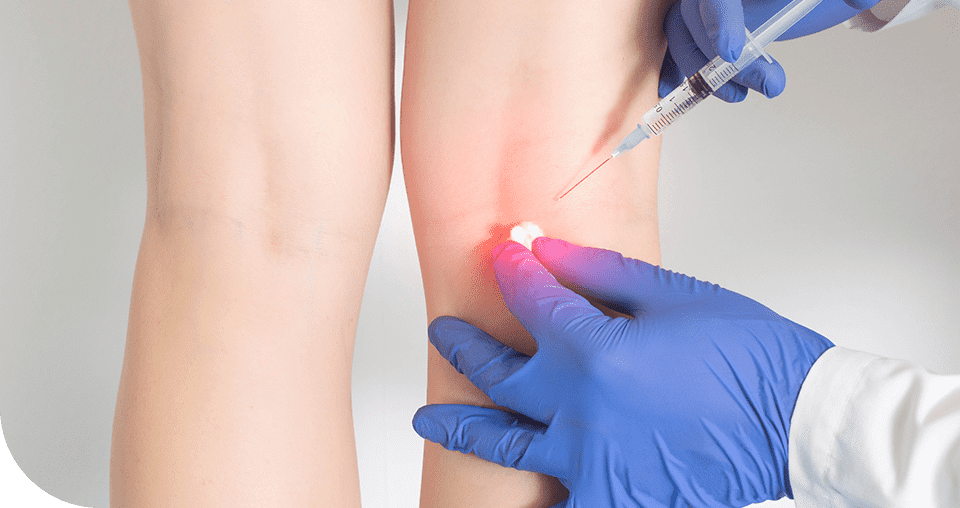 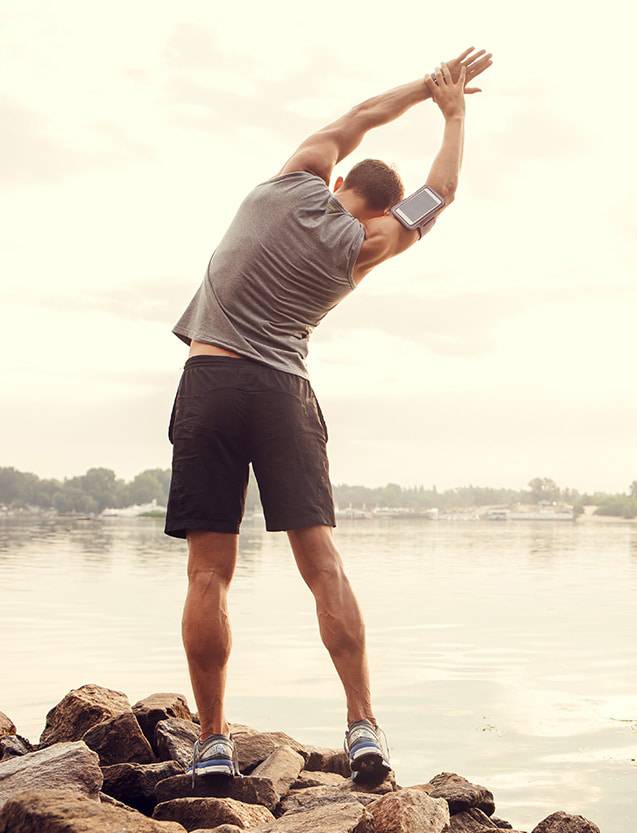 Musculoskeletal treatments include Joint injections, injections into soft tissue structures such as muscles, ligaments, and bursal sacs near tendons. Injections may be done with steroid, PRF, or viscosupplementation. The type of injection will depend on multiple factors and should be discussed with your provider. These procedures are performed in an office or hospital setting, often with a cold spray or other local anesthesia. After the skin surface is thoroughly cleaned, the joint is entered with a needle attached to a syringe. At this point, either joint fluid can be obtained (aspirated) and used for appropriate laboratory testing, or medications can be injected into the joint space. This technique also applies to injections into a bursa or tendon sheath to treat bursitis and tendonitis, respectively. Commonly injected joints include the knee, shoulder, Hips, ankle, elbow, wrist, the base of the thumb, and small joints of the hands and feet.
Conditions we treat include, but are not limited to:

Although there are some basic similarities between Platelet-Rich Plasma and Platelet-Rich Fibrin, it is the differences between these two products that make Platelet-Rich Fibrin stand out as a superior treatment option.
Both of these products require blood to be taken from the patient. PRP requires more blood to be taken than PRF. Both of the products require the whole blood sample to be placed into a centrifuge, where the blood is then processed to help separate the blood into distinct layers. Platelet-Rich Plasma is spun at a higher speed, which effectively causes all of the heavier cells in the blood, such as white blood cells, to collect in the bottom part of the test tube and allows the lighter platelets and plasma to collect in the top part of the test tube. The platelets and plasma are then collected from the upper part of the test tube and injected into the region with tissue damage.
However, newer research is showing that a platelet product that has an even higher concentration of platelets, as well as a concentration of some white blood cells, is even more effective than traditional Platelet-Rich Plasma. With this new information, Platelet-Rich Fibrin was created. The PRF product is spun at a slower speed so that the layers of the blood do not separate out as distinctly. This allows some of the white blood cells and cells to remain within the platelet layer that is collected for treatment. Thus, there are more healing factors within PRF than is typically seen in PRP. In addition, the lower spin speed causes less trauma to the individual cells of the blood, allowing more cells to remain in the final PRF product.
Another distinct difference between Platelet-Rich Plasma and Platelet-Rich Fibrin is the concentration of platelets within the final product. Literature states that an ideal concentration of platelets for a platelet-rich plasma sample is between 2-5 times the level of platelets typically found within the body. Newer literature now points out that an even higher concentration of platelets maybe even more effective in the treatment of tissue damage. Platelet-Rich Fibrin products contain approximately 10 times the platelet concentration that is found within the body.
A final difference worth mentioning between Platelet-Rich Plasma and Platelet-Rich Fibrin is the fact that with PRF, no anticoagulant is used during the processing of the blood. With Platelet-Rich Plasma, the blood that is collected is placed in test tubes that have an anticoagulant called acid citrate dextrose (ACD), which keeps the blood product from clotting too quickly. In an effort to keep the platelet product as natural as possible, the Platelet-Rich Fibrin test tubes DO NOT have any anticoagulant within them. Without any anticoagulant in the test tubes, the natural fibrinogen within our blood is converted to fibrin by thrombin in the early stages of clot formation. This creates a spongy fibrin matrix that activates the platelets and allows for a slow release of growth factors, which starts the tissue healing process.
These treatments have been used in various medical procedures since the 1980s. It is currently applied in nerve injury, cardiac muscle injury, plastic surgery, oral surgery, and musculoskeletal injuries. They are considered safe, and there are no associated concerns with rejection-related complications. Risks are the same as any local injection in the treatment area.

You should not have PRF therapy if you have:

Viscosupplementation may be a therapeutic option for individuals with osteoarthritis of the knee. Although there is no cure for osteoarthritis of the knee, there are many treatment options available. The primary goals of treatment are to relieve pain and restore function. In this procedure, a thick fluid called hyaluronic acid is injected into the knee joint. Hyaluronic acid is a naturally occurring substance found in the synovial (joint) fluid. It acts as a lubricant to enable bones to move smoothly over each other and as a shock absorber for joint loads.
People with osteoarthritis ("wear-and-tear" arthritis) have a lower-than-normal concentration of hyaluronic acid in their joints. Viscosupplements are gel-like substances, hyaluronates, that mimic the properties of naturally occurring joint fluid. Currently, there are five FDA-approved hyaluronates which include: Hyalgan, Supartz, Synvisc, Euflexxa, and Orthovisc. These hyaluronates are injected into the joint. The number of injections performed varies with the type of viscosupplement used.

Injections may be used as part of a treatment plan which may also include lifestyle modifications, braces/splints/walking aides, medications, physical therapy, exercise, diet, and nutritional supplementation. 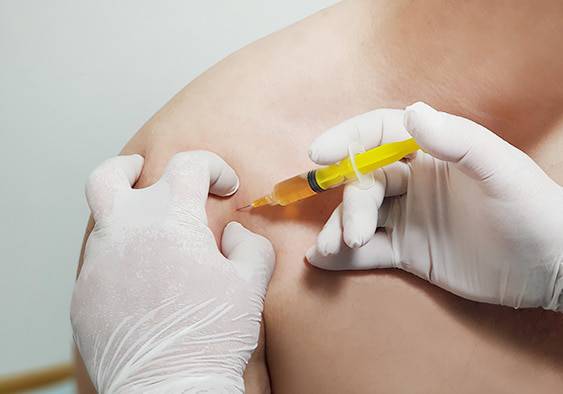 Who is an ideal candidate for treatment?

Individuals who are in good physical health and do not have any underlying health conditions that could affect healing. Other factors include not being a smoker and not having end-stage disease, full-thickness tears in which other surgical procedures may work better. Anyone who has not had the Covid-19 vaccine in the last 14 days or plans on getting one in the next 14 days. There have been a small number of cases where the injections may interfere with vaccine efficacy. 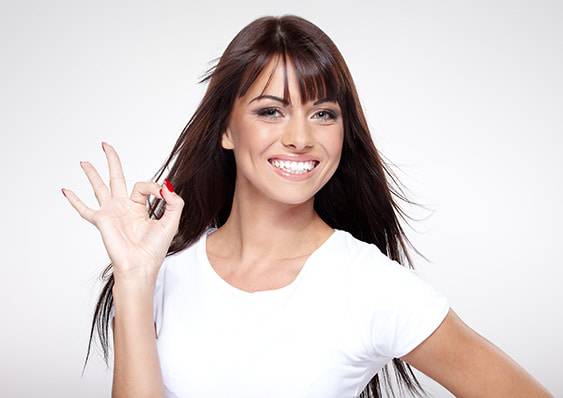 Who is not recommended for the treatment?

The major contraindications for injections are an active infection near the site of injection, a known allergy/hypersensitivity to the material or to the lidocaine mixed in the syringe, and certain hyaluronic acid viscosupplements.
No causal relationship has been established between the use of Viscosupplementation and autoimmune diseases like dermatomyositis/polymyositis, lupus erythematosus, rheumatoid arthritis, or scleroderma. Individuals under the age of 18 or those that are pregnant or breastfeeding should also avoid elective joint injections.
Corticosteroids and local anesthetics may be damaging to cartilage. Prolonged exposure may lead to tissue thinning, tendon, or ligament rupture.

You no longer have to wait to address your needs

What are the
side effects?

Patients may experience these common side effects after treatment:

Is there preparation for the treatment?

Individuals should review medical, surgical, medication, and allergy history with a provider prior to treatment. Prepare for your treatment by reading about dermal fillers, schedule your treatment 2 weeks before any special events, wash your skin and remove any makeup, excess oil, and lotions, and relax. Read the pre and post treatment instructions to prepare yourself and stop any medications prior to your treatment.

What can I expect during the treatment?

Your provider will start off with a full History and Physical evaluation of your problem and discuss the treatment plan. Strategic points or portals may be marked as the appropriate injection sites. Imaging studies of the areas to be treated may be reviewed of the areas to be treated. The injection usually takes only a few moments per site. The process of injecting, massaging, and evaluating the result is performed until the results are deemed satisfactory. 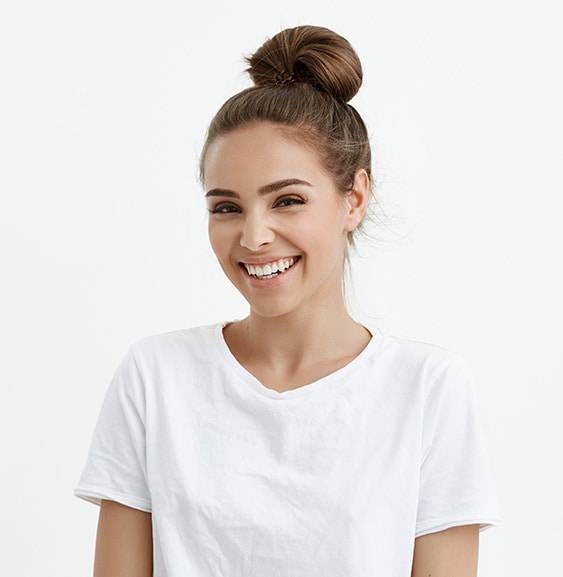 How long does the procedure take?

Depending on the number of areas to be treated, the whole process may be as short as 5 minutes.

What is the recovery time?

There are very few restrictions with injections about the musculoskeletal system, and some individuals even schedule their treatment during their lunchtime hours and return to work right after. Most patients are available to return to their normal activities immediately after treatment. Patients with PRF treatment can anticipate significant pain and inflammation for the first few weeks as the tissue begin to heal.

Will the treatment hurt?

There is minimal pain, but topical anesthetic techniques are available for your comfort.

Do PRP injections work for arthritis?

PRP injections are used to handle a wide range of ailments, including pain and injury. PRF can be used to treat arthritis but is not indicated for those with advanced disease. In addition, PRF is used as part of a treatment for a long list of orthopedic conditions such as osteoarthritis, tendonitis, partial-thickness tendon, or ligament tears.

Why is PRF so painful?

You may feel more pain at first since PRP causes swelling in the area that was already sore. The swelling is needed for the blood cells to start helping you heal long-term.

How many times can you have PRF injections?

Up to three PRP injections may be given within a six-month time frame, usually performed two to three weeks apart. You may, however, gain considerable relief after the first or second injection.

How long should you rest after PRF injection?

While you can move around and do light tasks around the house and work, it is recommended that you rest the treated area for at least 2 weeks. It is best that you avoid excessive activities that can strain the damaged ligament and interfere with the healing.

How long before results are seen?

Some injections are associated with near IMMEDIATE results.

How long do the results last?

How long the injection works before it wears off is variable, and there may be a limit to how many your provider can give you per year.
Injections may be used as part of a treatment plan which may also include lifestyle modifications, braces/splints/walking aides, medications, physical therapy, exercise, diet, and nutritional supplementation. Following these guidelines may optimize the efficacy of your injection.

Maintenance treatments are often needed for continued benefits. To maintain the effects, the treatment may be repeated with advancing wear and tear. The need for additional treatments varies from patient to patient. Some of these procedures are not recommended for advanced arthritis of the joints.

Can this treatment be combined with other procedures?

Patients often combine injections depending on their unique condition and phase of their disease. Talk to your provider about your goals to set realistic expectations and design a complete treatment plan that may include more than one type of treatment, as well as recommendations on the timing and scheduling of various treatments.

We Look Forward To Meeting You

Download our Treatment Instructions PDF's by filling up the form below!